We strongly advise you to test the new app on a separated fleet, less than 5 devices to see its behaviour. Once you have fully tested and validated the new app, you can deploy it massively on all your fleets and devices.

When uploading a new app you should follow the official android guidelines concerning the versioning of your apps. Here's a summary of those guidelines:

If there is an existing old app on the MDM, and you want to update it, the new app must have:

Package name: A string with the following structure com.famoco.settings (Must be the same for an upgrade) 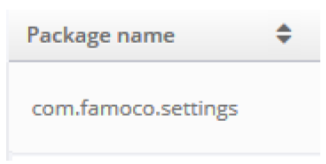 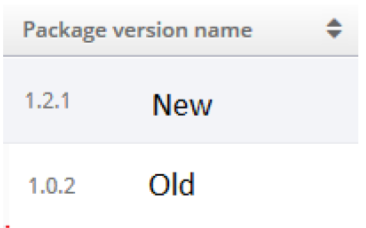 Package version Code: An integer value that should always be incremented. If this is not done the app update will be ignored on the device. 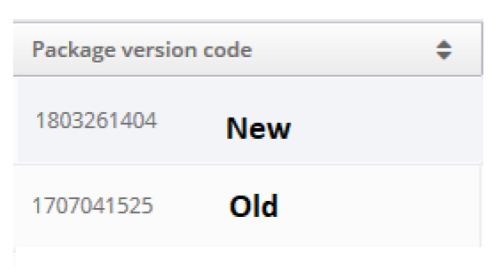 Below is an example:

You want to upgrade your current app with package version name 1.0.1, to the new version 1.2.1. You need to:

What should be avoided?

Note: If the sync fails for upgrading your app on the device, it should return an error code, e.g. “INSTALL_FAILED_TEST_ONLY = -15;”

You can check on the Android documentation page to see what it refers to.

If for some reason, you noticed some bugs on the updated app and you are willing to get back the older one, you should do this: